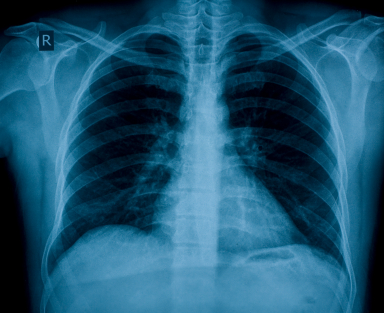 If the misdiagnosis is caught in time, and the harm is undone by proper treatment, then generally there is no malpractice case to pursue. As a general rule, misdiagnosis cases have a "no harm no foul" rule.

There are many reasons for wrong, mistaken or missed diagnosis. Some of them are: rushed doctors, unqualified doctors, poor communication with the patient, failure on the part of the doctor to research the symptoms or condition, misreading an ex–ray, mammography, ultrasound, or misreading a biopsy, misreading blood, urine or pap smear tests, misreading ex–rays, MRI's or other images, and failure to eliminate all possible conditions corresponding to the symptoms.

No one is more devastated than the patient who gets a "clean bill of health" from a doctor only to learn a year or so later that the doctor missed a serious, life–threatening medical problem. When the medical illness or condition could have been timely treated or cured, but now is going to lead to death instead, the medical professional has literally killed his patient.

Cancer is misdiagnosed in many ways. Sometimes a malignant tumor is misidentified as benign, or specimens are read or interpreted wrong by the pathologist, or the doctor fails to follow up or have the patient come back for additional testing, or a cancerous lesion is overlooked, or a patient who is at increased risk of developing cancer is not thoroughly screened.

No matter how the misdiagnoses or the failure to diagnose occurs, the doctor and/or hospital will be liable if missing the diagnosis is a departure from the ordinary standard of care for doctors.

The Auburn, New York medical misdiagnosis attorneys of Michaels Bersani Kalabanka have recovered millions of dollars for clients injured, or whose loved ones were killed, by misdiagnosis and failure to diagnose illnesses, diseases and medical conditions and for other injuries. If you or a loved one has been a victim of a misdiagnosis that has caused serious injury or risk of death, CONTACT US for a free consultation with an experienced lawyer who can inform you of your legal rights and maximize your compensation.

Contact Us
Practice Areas
FAQs About Medical Malpractice Cases
Client Reviews
★★★★★
He is one of the top lawyers in central New York & has the accolades to show for this, but in my book he's the top lawyer in the country. I am honored to have had the opportunity to work with Mr. Bersani & to have had him on my team! Matthew
★★★★★
I admire the amount of background work he did which was instrumental in getting me a very good settlement. Also, having never been involved in a personal injury lawsuit, Michael was very patient explaining the legal issues. You're in good hands with Michael Bersani and the firm of Michaels Bersani Kalabanka. Richard
★★★★★
Dave took over my wrongful death case after it was badly messed up by another lawyer. He was dogged in his pursuit of all the information needed to make a solid case, and he succeeded in bringing it to a very satisfactory settlement. He was honest and straightforward, kind and compassionate through meetings, depositions, court appearances. I highly recommend him. Christine
★★★★★
Dave has handled our legal matters for over 20 years. Always there when we needed him. We were so happy with his professionalism and results that we referred him to several friends. If we ever need this type of service again, Dave will be the first and only call we make. Jackie
View More
Submit a Law Firm Client Review