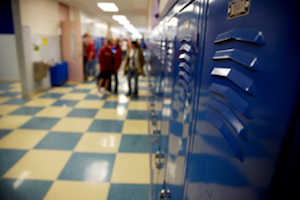 As Syracuse school injury lawyers, we know there is almost no such thing as a “pure” accident on school grounds. After having represented hundreds of parents and students for school injuries, we know that 80% of “accidents” could be eliminated if teachers and administrators simply did everything reasonably possible to minimize accidents and injuries. What follows is an explanation of the most common types of school injuries and how the school can be found liable for them.

A School’s Duty Toward Your Child

First, what duty does a school own its students? New York imposes a duty of care upon schools to look out for the safety of the children in their charge. This duty requires the school, and its teachers and administrators, to do everything reasonable to keep children safe and to guard against foreseeable harm. They must make the premises safe by keeping them clear of tripping and slipping hazards. They must keep children safe from each other and from possible abuse and sexual assaults. They must ensure that play and sports are properly supervised and made reasonably safe. The school’s duty continues when the children get on a school bus or engage in extra-curricular activities on school grounds or at school programs off premises. When a school does not fulfill this legal duty, and this causes a child to be injured, that child’s parents or guardians can retain an attorney, whether in Syracuse or elsewhere in New York, to bring a school injury lawsuit on the child’s behalf against the school district to recover fair compensation for the injuries suffered.

What are the Most Common Types of Injuries at School?

The great novelist Leo Tolstoy famously began his novel Anna Karenina with these lines: “All happy families are alike; each unhappy family is unhappy in its own way”. One could say something similar about school injuries. All accident-free school days alike, but when a personal injury unfolds at a school, each one is awful in its own way. Every school accident is unique. Nevertheless, while the details of each accident are unique, the most common types of school injuries can be clustered into the following types:

If your child was injured at school, call our Syracuse school injury lawyers for a free consultation. Don’t wait! Most cases against school districts require legal action to be taken within 90 days of the injury.