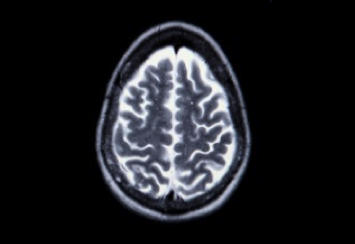 The human brain is a highly complex machine. And when it is injured, highly complex problems often unfold. Navigating a lawsuit on behalf of TBI (traumatic brain injury) client is likewise highly complex. Proving the injury, in all its layers, requires experience and knowledge about the brain, and about TBI.

Our Syracuse brain injury lawyers have this knowledge. But being an effective advocate of a brain injury victim also requires compassion, and passion. This is always the case, but more so with brain–injured clients. Victims of TBI often suffer from distress, confusion and depression. It may be difficult for them to express what they are going through, how the brain damage has affected them. Some of them might not even know that they have had a personality change because of the damage. Their friends and relatives, though, will surely know.

One of the most frustrating things about TBI is that a jury of strangers will not automatically recognize the brain injury. They can’t “see” a brain injury, like they can see a scar, or an amputation. Although the TBI might seem obvious to the victims loved ones, who have seen a drastic change in their loved ones personality, mood, and cognitive abilities since the accident, a jury who did not know the victim before needs to be convinced that the injury is real. In today’s world, the jury will often assume, before you ever set foot in the Courthouse, that if you are asking for compensation for you injuries, you must be faking.

At Michaels Bersani Kalabanka, our brain injury lawyers have been serving Syracuse concussion and brain damage victims for many years. Our clients have been victims of all types of TBI, including concussions, comas and traumatic epilepsy, to name a few.

Here are some other common types of brain injuries:

A CONTUSION, caused by trauma to the head, is a bruise (internal bleeding) on the brain.

A DIFFUSE AXONAL INJURY is usually caused by the head being shaken (such as in shaken baby syndrome) or when the head spins around or is rotated at high speeds, such as in car accidents. When this happens, brain nerve tissue tears as a result of the brain remaining still while the scull is moving violently. Brain damage, coma, or death can result. The functional impairment of the brain will depend on what brain nerve tissues were torn (also called shearing).

An ANOXIC BRAIN INJURY is caused by the brain being deprived of all oxygen. This can happen when toxins block oxygen from being used.

HYPOXIC BRAIN INJURIES result where the brain receives some, but not enough, oxygen.

A PENETRATION BRAIN INJURY is where an object, such as a bullet or sharp object such as a knife enter the brain. Death is a common result.

MILD TRAUMATIC BRAIN INJURY results from a traumatic event to the head that may not even cause loss of consciousness, or may cause only a brief loss of consciousness. The head trauma victim may report simply being dazed and confused after the event. But brain functioning may nevertheless be impaired.

MODERATE TRAUMATIC BRAIN INJURIES occur when there is a loss of consciousness for at least a few minutes and fro up to a few hours. Confusion and behavioral changes can last much longer, or be permanent.

SEVERE BRAIN INJURY results from penetration and major trauma to the head, and result in shearing of brain nerve tissue. Recovery is often slow and incomplete, even after lengthy therapy and rehabilitation, and death sometimes results.

The Syracuse brain injury lawyers at Michaels Bersani Kalabanka have recovered millions of dollars for clients suffering from brain injuries and for other injuries. If you or a loved one has been a victim of an accident causing a brain injury, CONTACT US for a free consultation with an experienced lawyer who can inform you of your legal rights and maximize your compensation.