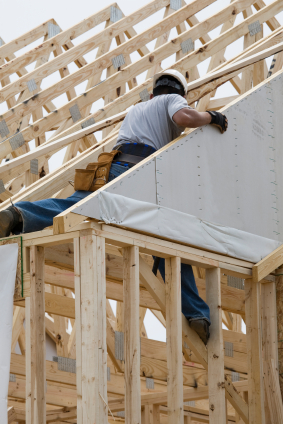 One of the most dangerous things about construction work is that it must often be done from heights. Because this elevated work is so dangerous, New York State has a special law, Labor Law section 240, which gives workers who fall from heights an easy-to-prove lawsuit claim against the owner of the worksite, the general contractor, other contractors and subcontractors, and others as well.

New York Labor Law section 240, known as “the scaffold law”, is so protective of falling workers that in most cases it even allows such workers to recover fully their pain and suffering, lost wages and medical expenses when they themselves were largely at fault for falling. As long as the worker was not the ONLY cause of the fall, he can usually recover fully even if he was mostly to blame. And even where the falling worker himself made a mistake, most falls at construction sites happen at least in part because someone did not provide the worker with a safely placed ladder or scaffold, or did not insist on having the worker tied up by lanyards or other devices, or did not barricade areas where the worker could fall. When this happens, the owner of the worksite, as well as the general contractor and others, will generally be 100% liable to the injured worker, even if the worker could have done a better job protecting himself. New York State’s Labor Law section 240 provides this extraordinary protection to construction workers who are injured from working at elevations precisely because this work is so dangerous. In passing Labor Law section 240, New York State’s law makers wanted to make sure that the worksite owner, the general contractor, other contractors and subcontractors, and everyone involved in the construction site, did everything in their power to avoid these terrible construction accident falls. Michaels Bersani Kalabanka’s construction worker fall attorneys have not only represented countless Syracuse victims of scaffold and ladder failures on construction sites, but they fight, along with other lawyers, to keep Labor Law section 240 as the law. (Insurance companies spend lots of money lobbying to get rid of it).

New York State and Federal construction worker safety rules detail the safety mechanisms that are required for workers working from scaffolds or other heights. For example, employers are required to provide workers on suspended scaffolds with an arrest system to protect against the failure of the scaffold or its components. This system usually consists of a full body harness, rope grab, lanyard, vertical lifeline and an independent lifeline anchorage. The full body harness is a system designed to distribute the impact from a fall among the shoulders, thighs and buttocks. A correctly designed harness permits a worker to remain suspended after a fall without restriction of blood flow, which otherwise could cause internal injuries.

A lanyard, another device used to hold a worker up and prevent his fall, attaches a safety harness to a rope grab on a lifeline. Lanyards are supposed to be kept as short as possible so as to minimize fall distance so that he can never fall a distance of more than six feet. Rope grabs are equipped with a cam device that locks onto the lifeline.

If you or a loved one has been a victim of a construction accident, contact us for a free consultation with an experienced lawyer who can inform you of your legal rights and maximize your compensation.

Related Topics
Contact Us
Practice Areas
Client Reviews
★★★★★
He is one of the top lawyers in central New York & has the accolades to show for this, but in my book he's the top lawyer in the country. I am honored to have had the opportunity to work with Mr. Bersani & to have had him on my team! Matthew
★★★★★
I admire the amount of background work he did which was instrumental in getting me a very good settlement. Also, having never been involved in a personal injury lawsuit, Michael was very patient explaining the legal issues. You're in good hands with Michael Bersani and the firm of Michaels Bersani Kalabanka. Richard
★★★★★
Dave took over my wrongful death case after it was badly messed up by another lawyer. He was dogged in his pursuit of all the information needed to make a solid case, and he succeeded in bringing it to a very satisfactory settlement. He was honest and straightforward, kind and compassionate through meetings, depositions, court appearances. I highly recommend him. Christine
★★★★★
Dave has handled our legal matters for over 20 years. Always there when we needed him. We were so happy with his professionalism and results that we referred him to several friends. If we ever need this type of service again, Dave will be the first and only call we make. Jackie
View More
Submit a Law Firm Client Review