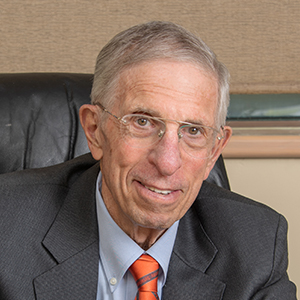 Lee Michaels, the senior member of the firm, has been practicing law since 1967.

Lee was born and raised in Auburn, graduating from East High School in 1958, Cornell University in 1962, and Syracuse Law School with high honors in 1967.

Between 1962 and 1964, Lee served as a gunnery and deck officer in the destroyer force of the United States Navy Pacific Fleet, which included brief operational service on the USS Southerland DDR–743 off the coast of Viet Nam as hostilities began.

Lee has been active in the alumni organizations of Syracuse University College of Law, serving on its Board of Visitors, of which he was Vice Chairman between 1998 and 2002, and its Law College Association, of which he was President between 1996 and 2002. He is also an Adjunct Professor of Law at the College of Law, teaching Trial Practice since 1990 and Deposition Practice beginning in 2019. He has been nominated for the Roscoe Pound Award, given annually to an adjunct professor in an American law school for excellence in teaching trial practice. He was the recipient of the Syracuse College of Law's Distinguished Alumnus Service Award in 2007. He was an Honors recipient from Syracuse University College of Law In 2017.

Lee is a certified Advocate of the National Board of Trial Advocacy, a national certification program that provides recognition for superior achievement in trial advocacy.1 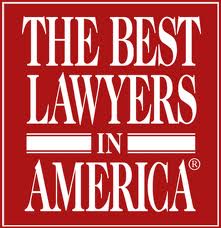 Lee has received the highest ranking (“AV”) in the prestigious Martindale–Hubbell directory for over 30 years. This “AV” rating means that judges and other lawyers have rated him, compared to other lawyers, “very high to preeminent in legal ability, expertise, experience, integrity and overall professional excellence.”

Lee is also listed in The Bar Register of Preeminent Lawyers, which includes only those select lawyers who have earned the highest rating in the Martindale–Hubbell Law Directory and have been designated by their colleagues as preeminent in their field.

Lee has consistently been selected as Super Lawyer by Law & Politics Magazine since the magazine’s inception. The title Super Lawyer is given only to those attorneys who are considered to be among the top 5% of all lawyers in the State of New York. 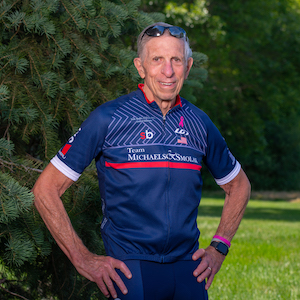 He has been associated for over four decades with local athletics and has been a member of Auburn’s Great Race (believed to be the largest team triathlon in the United States) committee for over 40 years. He enjoys swimming, bycyling and gym workouts.

Lee and his wife, Susan, reside a short distance east of Auburn, near the small picturesque Village of Skaneateles. His two daughters, Rebecca Kornet and Emily Michaels Kolle, and five grandchildren, Jack, Rachel and Sam Kornet, Hannah Kolle and Natalie Kolle, all live in the Boston metropolitan area.

1 The National Board of Trial Advocacy is not affiliated with any governmental authority.